Some interesting articles blogs and video on "The War on Women"


One very powerful video here! Check it out: Lauren Zuniga, To the Oklahoma Lawmakers: a poem

Lauren Zuniga performs a poem for the Oklahoma legislators that continually propose anti-choice legislation. The bill referred to here would require women to receive an ultrasound and listen to the baby's heartbeat before an abortion. It is still being challenged in court. Since 2010, various other bills including, "No Fetus in Food" and "Personhood" have been introduced as a way to circumvent Roe V. Wade and shame women. View more poems at http://laurenzuniga.com.

Here's why this little uterus is en route to Senator Scott Brown! Spreading the word about the Snatchel Project: http://blogalacart.com/2012/03/government-free-vjj/

Not a Joke: Personhood for Women
www.rhrealitycheck.org

Senators Patty Murray, Al Franken and Kristin Gillibrand started a Personhood for Women petition.  It's not a joke. As far as I can tell, it's an anti-"personhood for zygotes" (fertilized eggs) petition and important since we are apparently, as a country, electing people who are willi...

Thought  this was cool...

some are the States are requiring that a women get a Transvaginal Ultrasound done. In the first trimester this is apparently the ONLY way they can see the fetus. Surprised me as we seem to have ultrasounds that can tell quite accurately how far along in a pregnancy a woman is in and it is not a Transvaginal ultrasound. 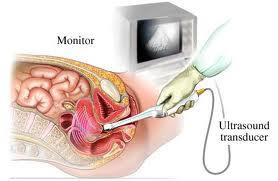 This is a TransVaginal Probe...it is 10" long and cold, and hard...it is not only inserted but then pushed in an upward position, not gently either!. Legistlatures want this done to women who have been brutally raped....children that are the victims of incest...and any women who may be suffering a medical condition making carrying a child to full term dangerous.

This is important information on the Equal Rights Amendment, which is not law yet! this is why the current GOP can wage a "War on Women" as this was not passed! Holy Crap!

The Equal Rights Amendment (ERA) was a proposed amendment to the United States Constitution. The ERA was originally written by Alice Paul and, in 1923, it was introduced in the Congress for the first time. In 1972, it passed both houses of Congress and went to the state legislatures for ratification. The ERA failed to receive the requisite number of ratifications before the final deadline mandated by Congress of June 30, 1982 expired and so it was not adopted.