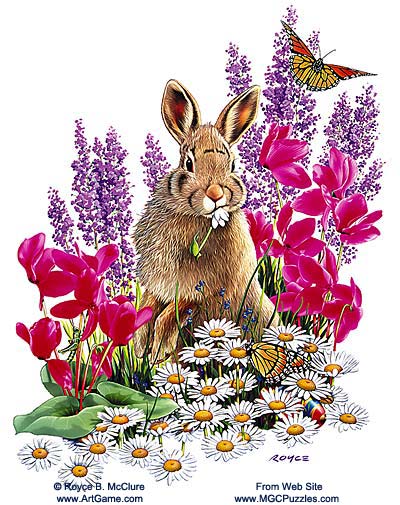 I found this post on Rachel's Knitting Room, message #26575. It is about the history of Easter.

Ask a child what happens at Easter, and chances are they will tell you all about chocolate eggs and Easter Bunnies, but Easter is more than that. Some children will also be able to share the Easter story of Christ, but only a few will be able to make the connection between the two.

That’s because like many religious holidays, Easter has both a Christian and pagan history. The traditional symbols of Easter have merged somewhere in the middle, and commercial celebrations have taken care of the rest. This year, why not share the story of Easter with your children, and shed some light on why we celebrate the way we do.

The Origin of Easter
In the western world most people attribute Easter to a religious festival, which commemorates the crucifixion of Jesus Christ and his resurrection from the dead 3 days later. In New Zealand, this Christian story is largely accepted as the origin of Easter, even amongst people who do not actively participate in the Christian faith.

However Easter actually has a non-Christian origin, which dates back before the death and resurrection of Christ. Ancient Saxons used to celebrate the onset of spring by having a festival to commemorate the Goddess of Offspring and Springtime, Eastre. The festival was originally held on different days of the week, but always at the beginning of spring.

In 325AD, Emperor Constantine ruled that Easter would be celebrated on the first Sunday that occurs after the first full moon, on or after the vernal equinox. Exactly how these dates were worked out gets a little complicated, but it meant that Eastre, (and now Easter) can occur anytime between March 22 and April 25. Most countries observe Easter over a 4 day period, from the Friday before to the Monday after Easter Sunday.

As the Eastre festival was celebrated at a similar time to when Christians observed the resurrection, it was this festival that was used for the resurrection celebration. Over time the name Eastre (a pagan Goddess) was replaced with the modern spelling – Easter.

Traditional Easter Symbols
Everybody knows the symbols of Easter, but not everybody knows how they came about. Here are some of the easter symbols and details of how the traditions began.
The Easter Bunny dates back to the pagan festival which celebrated Eastre, the Goddess of Offspring and Springtime. Her earthly symbol was the Rabbit, and given how quickly rabbits produce ‘offspring’, you can understand why!
Easter Eggs are also a symbol which has been brought through from the pagan festival. Eggs were seen as a symbol of re-birth, such as the type of rejuvenating that happens in spring. In later years, Christians recognized eggs as an Easter symbol, by attaching them to the resurrection, or re-birth, of Christ.

For many years Easter Eggs were literally eggs wrapped in gold leaf, or dyed using flower petals and brightly coloured plants. It was not until Easter became commercialized, that chocolate and candy eggs became a part of the celebration.
Daffodils are often used to symbolize Easter, particularly in the Northern Hemisphere when Easter is actually celebrated in spring. Daffodils are often seen as the perfect spring-time flower, so therefore are a logical bloom to use in this festival.
Hot cross buns are a part of the Christian celebration, and are used to symbolise the cross on which Jesus was crucified.
Ideas for Celebrating Easter
Easter Egg Hunts are great fun and you can make them as simple or as extravagant as you like. You can simply go ‘hunting’, or make up all sorts of clues and challenges that your child must do before finding another egg. Revisit the traditional version of Easter Eggs, and spend some time getting creative. Poke a hole in each end of the shell using a thick needle, and gently blow the egg out into a bowl. You are left with a hollow shell which you can wash out, then very gently paint. Patterned eggs can then be hung by nylon and used as decorations. In Ukraine these are known as Pysanka

If you think hollow eggs will be too fragile for your child to paint, let them decorate hard boiled ones instead. You could always use them as a part of an Easter picnic later on.

This is the largest Easter Egg located in Vegreville, AB, Canada.
Hot Cross Buns are a delicious way to start a family tradition. Set aside Sunday morning for a hot cross bun breakfast, where the whole family can talk about what things they would like re-invent or rejuvenate in their life. You can explain this to younger children as being a “spring start”, like the original spring time festival. “Spring Starts” are a little bit like making new year's resolutions, or re-making the ones that have already fallen over since the start of the year!

Whether you are Christian or not, taking your children to an Easter play is a nice way to share the story behind the celebration. Most churches have a special Easter service, and the activities or events that are happening are usually advertised on the ‘Churches’ page of your local paper.

I had to share this. I thought it was interesting to find out the origins of Easter, as pretty much all of our "Christian" celebrations have a basis in pagan celebration. Hope everyone has a great Easter!

Email ThisBlogThis!Share to TwitterShare to FacebookShare to Pinterest
Labels: Easter, Origins of Christian Holidays and Symbols