Walter Koenig's, of Star Trek fame, Andrew Koenig Missing. Please look at the pictures and if you have seen him contact VPD. 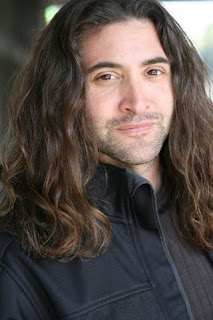 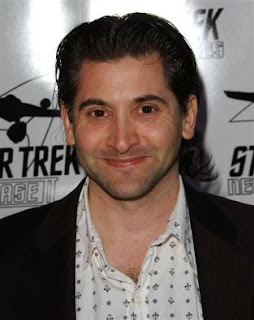 blanket permission is granted to use this photograph to publicize this story.
("courtesy of walterkoenigsite.com" if you need to site a credit for it.)
Andrew was last seen at a bakery in the Stanley Park area of Vancouver, where he often took walks.

Andrew Koenig was last seen on Valentine's Day, February 14, 2010, in Vancouver, British Columbia.  Andrew Koenig never boarded his flight back to the US, on 2/16 and he hasn't heard from since.

Andrew was last seen at a bakery in the Stanley Park area of Vancouver.
If you've seen Andrew since February 14th,
PLEASE contact
Detective Raymond Payette
of the Vancouver PD at
604-717-2534.

Andrew performs at The Improv and is the video producer for Never Not Funny, and has had roles in the movies NonSeNse, InAlienable, The Theory of Everything, Batman: Dead End, and on television in "Star Trek: Deep Space Nine",. "G.I. Joe", "My Two Dads", "21 Jump Street", "My Sister Sam", and "Adam-12". He's edited over a dozen films and directed, produced, and written many others.

Andrew has been an activist his entire life and most recently has been working on behalf of the people of Burma, and was arrested during the 2008 Rose Bowl parade for protesting American involvement in China's Olympics due to China's support of the Burma military regime.
Andrew was suffering from clinical depression at the time of his disappearance. The last time the Koenigs heard from Andrew by phone was on February 9. His cell phone is turned off and the last time his phone received a text was on February 16 in Vancouver. There was bank activity in Vancouver on the same day.


On Feb. 16, Walter received a letter from his son Andrew, which caused his father to grow concerned about his whereabouts because of it's despondent tone. It was also discovered that Andrew stopped taking his anti-depressants; sold or gave away his possessions before flying to Canada; gave his landlord notice; and he refused a job two weeks earlier, saying he "wasn't going to work anymore."

Andrew had recently finished shooting a trailer for a feature film that he wanted to direct, and was in Canada visiting friends: first in Toronto and then in Vancouver. Andrew was very comfortable in Vancouver, having lived there for several years after he fell in love with the area while filming an episode of "21 Jump Street". Friends have reported that Andrew told them he felt Vancouver "was his true home".


It is not believed that any specific incident prompted Andrew's disappearance. "I think it’s something that has been a part of his makeup for a long time. There’s no single trauma. There’s no episode. There’s nothing of that nature," says Walter, who added that drugs were not an issue. " "He's trying to get ahead in this business and he's been working at it a long time." "I only want to say he's a really good person, a great humanitarian," Walter said. "Everyone who knew him was very fond of him."


Walter and his wife Judy Levitt Koenig are in Vancouver at this time.

If you've seen Andrew since February 14th,
contact Detective Raymond Payette of the Vancouver PD at 604-717-2534.
Contrary to some reports, police have no evidence that Andrew is alive and in hiding. The statement Vancouver Constable Tim Fanning gave CNN was: "There's nothing right now to believe that anything has happened to him. We're certainly very concerned, as (are) his family and friends. But there's no evidence to believe that there's foul play involved at this point." In addition, Fanning stated: "People don't just fall off the face of the map without, obviously, having some sort of problems, and we're hoping that maybe he's just trying to lie low and, you know, spend some time by himself."
Further, a police department press release stated: "There's no new information to report in the disappearance of Andrew Koenig. Investigators continue to follow up on the many tips they have received. Cell phone and banking records up until the time he disappeared lead police to believe he is still in the Vancouver area. There has been no cell phone or bank activity since February 16th when he was last seen in south Vancouver. Police are still hopeful that Andrew will be found alive and safe."

The website team urges people to rely on major news outlets (such as CNN) for accurate information: or to visit the VPD media site for the newest press release: http://vancouver.ca/media_wa/
The police stated they have received a "substantial number of tips and information" and are working tirelessly, but have been unable to confirm any new sightings of Andrew.
Walter said of the Vancouver police and their efforts to find his son, "They have been kind, sensitive, generous and just extraordinary. Two of their investigators are working tirelessly today on their day off. They have been wonderful and I ask people to call the number from the Vancouver Police department ... if you have any information."